All three of our Doctors share a commitment to constantly improving and honing their knowledge, understanding, and skills in order to provide the best treatment possible to our patients.

For this reason they often travel to various courses and seminars to ensure that they are up-to-date on the latest technologies and techniques.

They love Kitimat, its people and its opportunities for outdoor adventure and breath-taking beauty.

In 1969, Dr. G.D. Gottschling began his dental career after graduating from the University of Alberta with his Doctor of Dental Surgery degree. He moved to Kitimat with his wife Beverly and son Gary. His daughter Corina was born after the move to Kitimat.

Originally from Prince Rupert, Dr. Gottschling planned to work in Kitimat for a few years and then move back there. Well, it's a "few" years later and he's still loving the community of Kitimat and his work in Dentistry! In addition to providing dental services, he has also served as a city councillor for 9 years and has also served on various boards and committees of the British Columbia College of Dental Surgeons and the Canadian Baptists of Western Canada.

Dr. Gottschling is now semi-retired, but you will often find him around the office as he still loves Dentistry and taking great care of Kitimat's wonderful people, and the team is happy to make him tea any time he needs it. 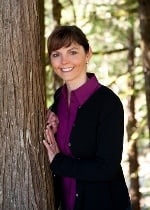 In 1993 Corina joined her dad in the practice after also graduating from the University of Alberta with her Doctor of Dental Surgery and Bachelor of Science degrees. Corina was born and raised in Kitimat and had been a part of the practice all her life, so coming back as a Dentist to join her father was a very natural thing to do. She is very active in both the clinical aspects of the practice, and the administrative, organizational aspects as well.

Corina has served on several committees of the British Columbia Dental Association, Vancouver Community College, and had the distinction of being named British Columbia's Dentist of the Year in 2005. She is also a Certified Practitioner in Myers-Briggs, DiSC, and StrengthsFinder personality assessment tools. She also really enjoys riding her dual sport motorcycle. 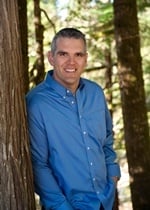 In 1994, Drs Gottschling were joined by Dr. David Stevenson after his graduation from the University of Alberta, and his marriage to Dr. Corina. David was born in New Zealand, and moved with his family to Kitimat when he was 10 years old. He met Corina shortly after the move and after several years of disliking one another, they decided that perhaps the other wasn't so bad after all ... romance budded and well ... the rest is history!

Dr. Stevenson loves being able to help heal and improve the Dental health of his patients, he also loves working with his committed team to serve Kitimat and the Northwest.

While out of the office he can be found fishing, motorcycling and travelling. He loves this beautiful and often breathtaking part of the world we are blessed to call home.